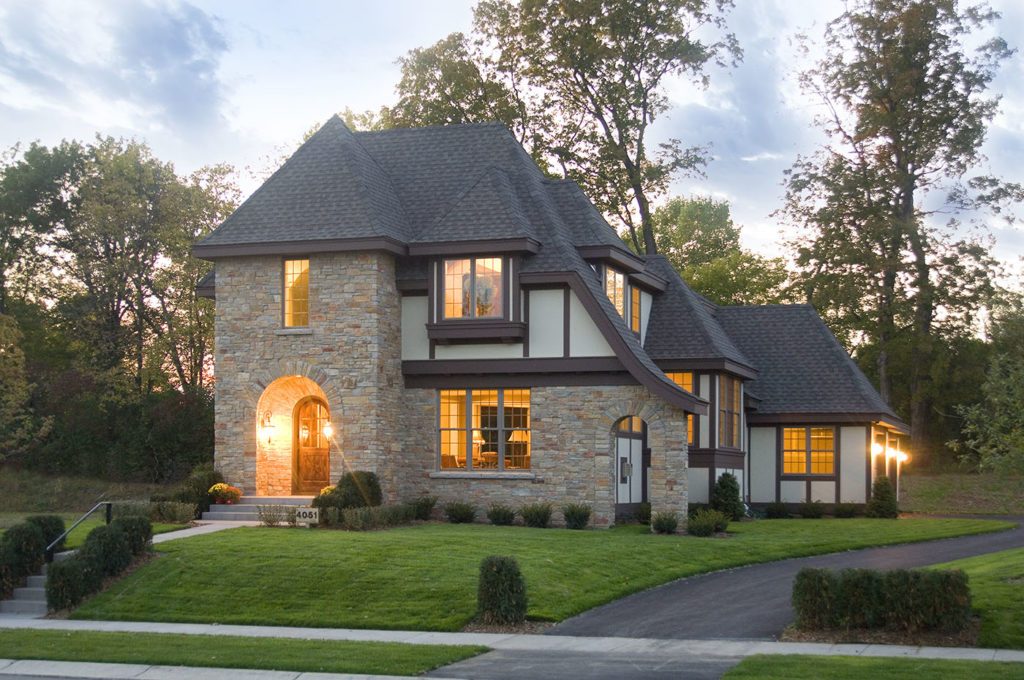 Situated in a suburban neighborhood, this new home design mimics elements of the classic designs of the mid 20th century urban home styles created for the new first-tier suburbs springing up around large cities after World War II. The hand-framed second floor appears to be built into the attic while most of the roof is efficiently a straight-up, two-story home. The interiors also carry the theme seen so often in the classical colonial homes of the 1950s. Contrary to the floor plans of that era, though, this plan opens the living spaces in consideration of today’s lifestyles and the desire for open-concept plans. 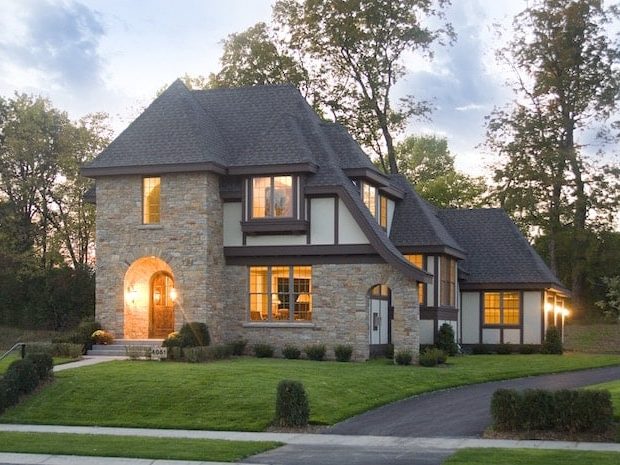 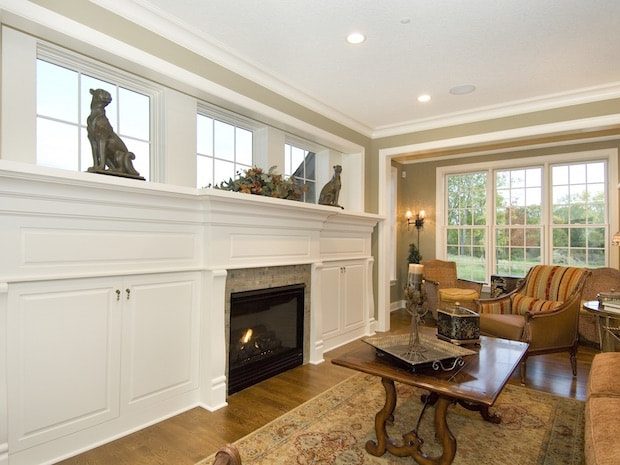